It is interesting that there are 73 records of births with the Sweet surname on the Scotland’s People website for the period 1538-1854. Each of these is recorded on this website as follows:

And on a (non published) Strays database I have a further 6. These are Sweets that are recorded but as yet I have not found the connection into the tree, if one exists.

Sweet deaths recorded on the Scotland’s People website for the same period number 13 and marriages 28.

By the time of the 1881 census there were 54 Sweets in Scotland.

With my search widening to Newcastle, the Durham and Northumberland records online yield, for the Sweet surname, 13 baptisms, 16 marriages and 11 burials. 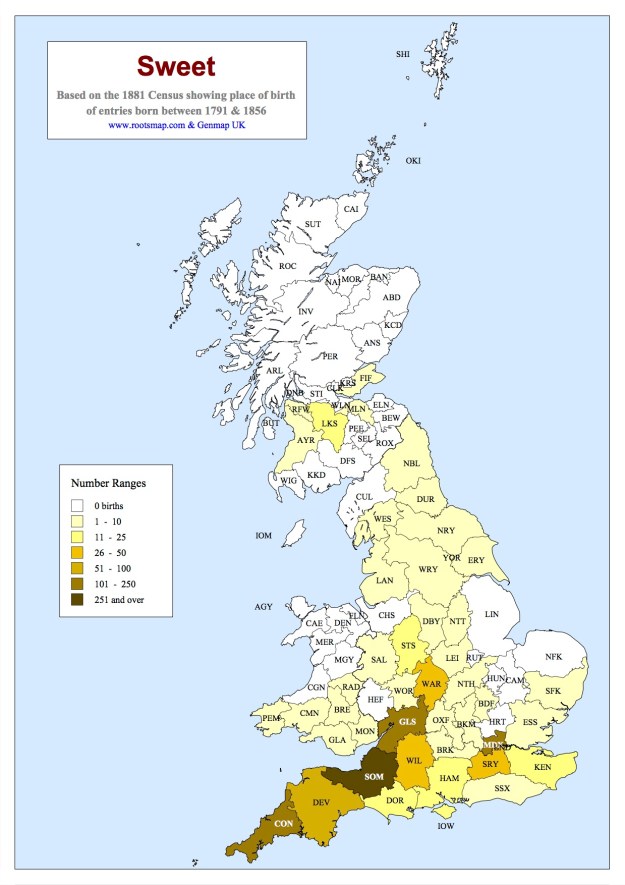