According to J. Edward Graham in his book Short account of the Grahams of Tamrawer 1895, William (1762 -1836), son of James Graham, married Margaret in1782, sister of John Pattison of Kelvingrove. William established himself in business in Glasgow and established the firm of William Graham and Co in 1784. From this a large number of Graham’s companies, registered in Glasgow, were trading individually in Glasgow and elsewhere, including Portugal and India, as early as the late 18th century. In 1810 the business diversified and began importing wines from Portugal. Graham’s became one of Britain’s most prominent port shippers. Mr. Graham, who was twice married, died in 1836, leaving a large family; of his sons, four were associated with him in the business, and the eldest of these, Mr. William Graham (1817-1885), represented Glasgow in Parliament from 1865 till 1874 as a Liberal MP. At this time William Graham was a Scottish politician, wine merchant, cotton manufacturer and port shipper.

*John Graham is living at Drums House in 1883. This is where Hector Martin (John Scott’s grandfather) worked for fifty years ending as Land Overseer retiring some time after 1876.

Note also that John Graham living at Skelmorlie Castle in 1883 wrote a poem in Mary Park’s autograph book and signed it JG Skelmorlie Castle 15th Jan, 1883. John Scott, Mary’s husband, (they were married in 1877), was described as an East India Trader and was in the business of W&J Graham. The poem is reproduced at the end of this article (I have not yet found if it is an original or copied from elsewhere by JG.)

In a First World War Roll of Honour dedicated to those employees of the Graham companies who served, were killed or injured in the First World War there is reference to staff from the following offices:

Glasgow, Lisbon, Oporto, Manchester, Bombay, Liverpool, Calcutta, London, Karachi and Rangoon. The front of this book confirms that the company was started in 1784.

Grahams Trading Company Limited, was incorporated on 29 July 1924, as general merchants and manufacturers all over the world, with a registered office at 7 St Helen’s Place, EC3. It was an amalgamation of several of the older Grahams companies and the newly acquired “Portuguese companies”. The latter, Abelheira Paper Mills Limited, Boa Vista Spinning and Weaving Company Limited and Braco de Prata Printing Company Limited, had all begun in the late 19th century and were registered in Glasgow but traded in Portugal through William Graham and Company, William and John Graham and Company, and William Graham Junior and Company, who acted as their agents and held title to the real estate in Portugal. Grahams Trading Company Limited was taken over by Camp Bird Ltd in 1957 and went into voluntary liquidation in 1960.

In the present day, Graham’s Port is made and distributed by the former W&J Graham but the business is owned by the Symington family who acquired it in 1970 when it was put up for sale.

In 1820 Graham’s was founded. Graham’s was the Port producer that introduced Andrew James Symington to Portugal and to Port. In 1882 Andrew James Symington, aged 19, sailed to Porto from his native Scotland to work for Graham’s. His grandsons acquired this famous company on its 150th anniversary when it was put up for sale in 1970. On the 5th April 2017 it was recorded that Symington Family Estates has been granted a Royal Warrant of Appointment from Her Majesty The Queen as Suppliers of Graham’s Port. So the name lives on. 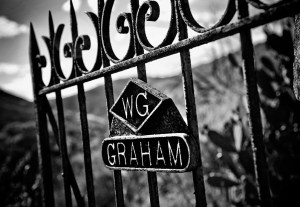 The earliest flower of the year,

As it glides on the wings of Hope,

To tell us that spring is near.

When other flowers are faded or dead,

The snowdrop rears its graceful form,

Reposing in its mossy bed,

Regardless of the Winters storm,

Whilst Woods that late were desolate

Are covered with countless flowers,

With emerald leaves, and pearls white,

As if they had fallen in showers.

Just as we’ve seen, on a winter night,

Before the silver moon has risen,

the Milky Way with its starry light,

And orphans bereaved gather the flowers,

And place them close to their throbbing breast,

Until they find the hallowed spot

Where their beloved ones quietly rest;

And there they scattered them around,

Breathing forth their humble prayers;

And watering it with their burning tears.

And take them back to their happy home,

To decorate their altars there.

But soon the snowdrops pass away;

Just as they come, even so they go.

They leave no vestige of decay,

The pale primrose, and scented may,

Marking the progress of the year,

As it speeds on from day-to-day.

The iris blue: and the budding rose,

Bursting from out its mossy green;

Perhap ‘tis then its beauty shews

More lovely than when floral Queen.

And if they grow upon one spray,

The bud and full-blown flower together,

Which is the fairest, we can’t say,

The lovely child or a lovely mother.

And last of all, the autumnal leaves

To decorate the woods with wreaths

Of hectic crimson flushed with gold.